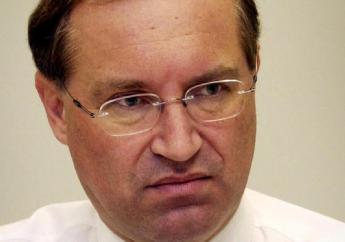 There is nothing “fair” about a supposedly independent umpire stacked with partisan political appointees who unashamedly parade their bias on social media.

“This is just a farce. You’ve got senior deputy president Jonathan Hamberger sharing an inflammatory anti-union post on social media from Senator Michaelia Cash, but the Commission itself decides he is still able to hear and determine right of entry applications by CFMEU officials.”

The Commission’s finding that “it is not generally appropriate” for members of the commission to express personal political views – but then to allow Hamberger to continue presiding – is like being disciplined with a wet lettuce leaf, Mr Ingham said.

“The contentious post was about the very organisation he is making legal determinations about. It is hard to imagine that a judge or a magistrate in an ordinary court of law would consider this acceptable.”

“Hamberger, who was a senior adviser to Howard government IR bovver boy Peter Reith, has publicly outed himself as irredeemably partisan. A senior officer of an independent tribunal with any respect for due process and public trust would have recused himself from further hearings involving the CFMEU.”

“Sadly it seems that neither the government nor the people it appoints to these bodies can no longer even be bothered to pretend they are in any way impartial or objective.”

This follows Workplace Relations Minister Kelly O’Dwyer’s appointment of six more big business cronies as deputy FWC presidents – at $460,000 a year each – just before Christmas, making 20 employer group appointments to the Commission in a row.

“The system is so broken that all we have left now are a perversion of regulatory bodies whose sole intent is to suppress wages, undermine working conditions and the right of workers to organise collectively, while further enriching big business and the already wealthy elite,” Mr Ingham said.

“The only equitable way forward is to start from scratch; not so much change the rules as rewrite them altogether.”