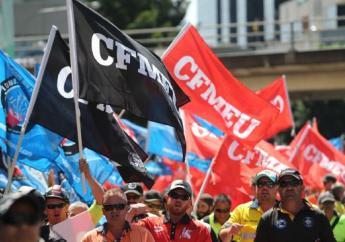 Apprentices and trainees across Queensland are set to receive tens of millions of dollars in back pay after the Federal Court today ruled to dismiss a judicial review brought by group training organisation All Trades Queensland, the Master Builders Association and the Housing Industry Association.

The CFMEU and other building unions took up the fight over apprentice wages with All Trades Queensland after they were discovered to be relying on defunct Queensland state awards to pay their apprentices, rather than the federal award.

The Court’s dismissal of the review affirms a Fair Work Commission ruling from August that apprentices in Queensland must be paid under the federal award. As well as giving All Trades employees a pay rise, today’s dismissal clears the way for millions in back pay claims to be made on behalf of Queensland’s apprentices and trainees by their unions.

Queensland CFMEU State Secretary Michael Ravbar said today that the union was glad to see that the court had dismissed a case that effectively sought permission to continue to underpay Queenslanders.

"This is a huge win for apprentices and trainees all over Queensland – This will mean pay rises of a couple of hundred dollars a week to some apprentices, along with opening the door for sizeable back pay claims, which is game changing for people earning less while they learn.” Mr Ravbar said.

“There’s absolutely no reason that apprentices in Queensland should be paid less than those in New South Wales and Victoria, and we’re pleased to see that the court agrees.

“The important work of putting in back-pay claims for our members who have been affected by these underpayments can finally go ahead now.

“The employer associations have exhausted every avenue to enable bosses all over the state to avoid paying their apprentices and trainees the same as in the rest of the country, and they’ve failed. They’ve spent thousands on lawyers to argue that young trainees should be paid $8.75 an hour - it’s disgusting, and the court has rightly dismissed their last ditch attempt to avoid paying the legal rate.”

Apprentices who wish to find out if they're eligable for back pay can register their interest and details here.