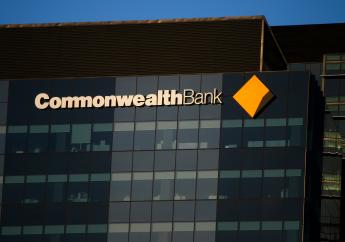 As the Hayne Commission exposes yet more appalling management at the very top of the Commonwealth Bank, it beggars belief that the federal coalition government has pushed to upend the board structures of Australian industry funds and remake them in a more ‘corporate’ fashion, he said.

“Today we heard of millions of dollars in bonuses paid to executives that even the CBA’s current chair Catherine Livingstone admits were ‘inappropriate’ – and we learn that the previous chair was ordered by the board to repay 40 per cent of salary but point blank refused, and this was not disclosed to shareholders.”

This follows nearly 10 months of utterly damnable evidence about misconduct in the banking sector, where naked greed and the pursuit of profit has been exposed as the norm.

“The Commonwealth Bank, NAB, AMP, Suncorp and other were all found to have contravened superannuation and corporations law,” Mr Ravbar said.  “And as the inquiry draws to a close still we have revelations of the most appalling disregard for members and shareholders’ interests at the highest levels of these institutions.”

“And what did the Turnbull and Morrison governments – which were dragged kicking and screaming to this inquiry in the first place - want?  They wanted our industry funds to be more like the ones run by the big banks, and they wanted to give the banks a bigger chop at the default super sector.”

“The lesson from this inquiry is that Australians would be better served if the banks – which are hopelessly conflicted in trying to balance the competing interests of shareholders and policy holders – were kicked out of superannuation altogether, where their track record is one of naked corporate self-interest and outright theft.”

“At the very least the board structures of our big banks need to be remade so they are more reflective of customer interests, and the industry super fund model would be a good template to work from,” Mr Ravbar said.